I received an invite to come and experience the Microsoft HoloLens from the perspective of a developer.  The event was held in the creative garage of the Max Hotel which was different.  I showed up and was nicely greeted and got to talk startups with a budding entrepreneur, then off to the demo.  No Pictures allowed.

The demo we got to play was a space shooter game.  You move around the room and zap creatures coming out of the wall.  I have to admit, I was very impressed with the sound and the resolution of the display.  I’ve experienced the screen door effect in Oculus and didn’t notice it at all here.  The app was fast and was a great time playing.  I could completely move around the room, not tethered to a thing. 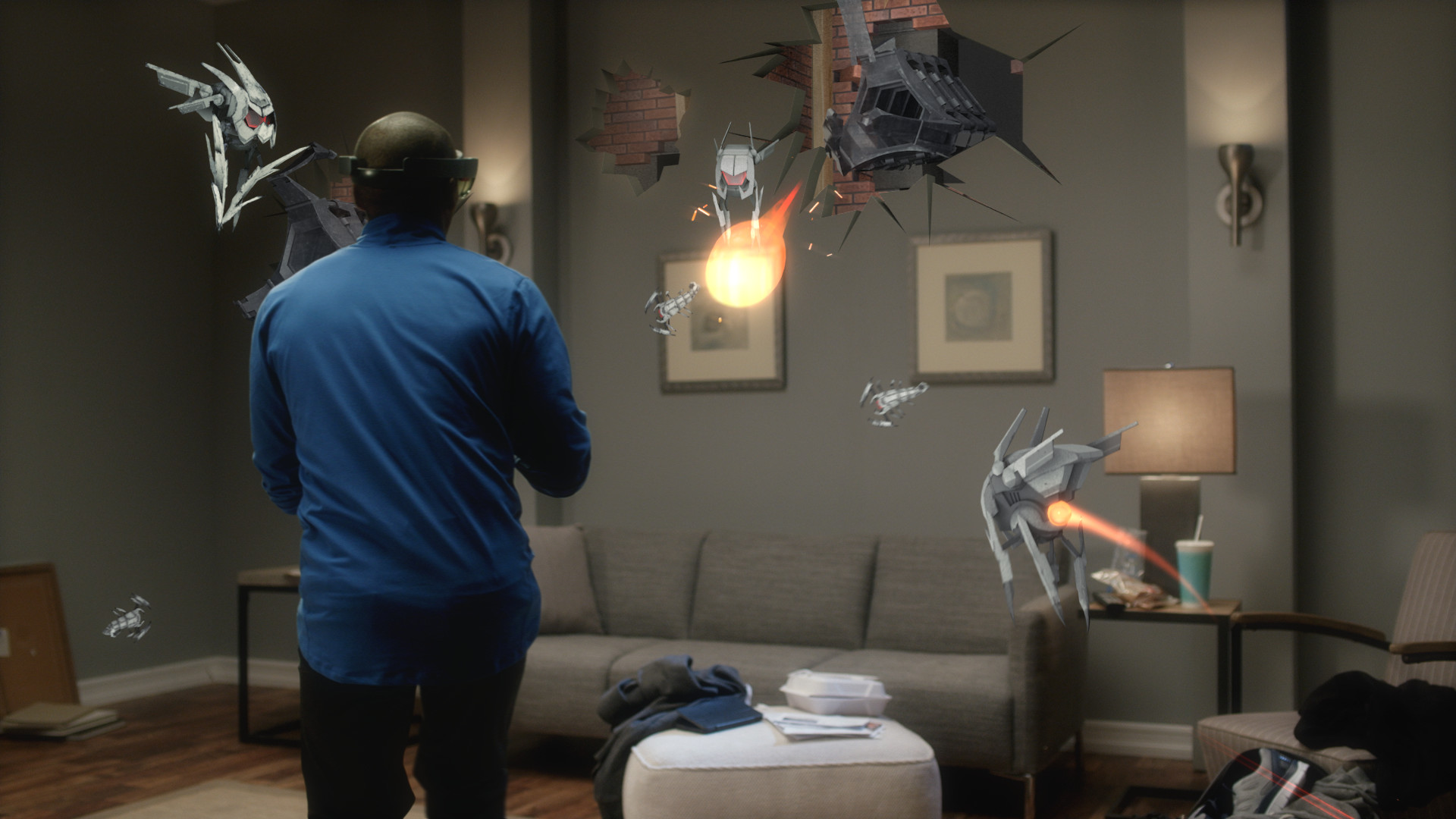 The device itself is VERY impressive.  I have to admit, it was kind of like wearing a baseball hat.  It was super light and having the real world available at all time keeps you from getting motion sickness, like with the Oculus.  Microsoft has done an excellent job on this prototype because once it is on, it really wasn’t a distraction at all.   The device is computer, everything is baked into it.  Love that.

The event was to get developers interested in purchasing the developers kit.  I already signed up so this just confirmed that I made the right decision.  The developer kit is pretty steep at $3,000 but if you are serious about AR, then it is the right decision to make.  The nice part of it is you can use the Unity engine and Visual Studio to get started.  All something I’m already comfortable with.

I’m a believer in Virtual Reality (VR) as I want that ALL-IN experience.  But after using HoloLens and it’s Augmented Reality (AR), I see a whole new platform to experience for interesting applications and productivity.  I CAN’T WAIT!